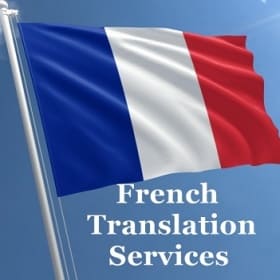 France, just like Italian and Spanish, can also be traced back to spoken Latin. It’s an ancient language, and also, one of the official languages in Switzerland and Belgium. It is also the first language of the Canadian provinces of Ontario, Quebec and the Acadia region of New Brunswick, apart from the Principality of Monaco. Being so widely spoken, French has become one of the most used languages across the world, and Paris being a fashion and gourmet capital of the world also sees global businesses mushrooming there. This is the reason why many people type out ‘Translation center nearby’ on the internet to find out where to get their documents translated into French or from French to English and Arabic in Dubai and JLT.
French Translation at QTS:
French is second only to German when it comes to spoken languages in Europe and therefore, business and legal requirements in French are multi-faceted. That is why we have set up a team of dedicated legal experts and linguists who specialise in French translation. That our experts are doing a wonderful job can be seen from our list of French clienteles, which includes some of the big names from around the world.
This also makes us one of the best translation office nearby. So, if you are in Dubai or JLT, and are looking for French translation services, just type ‘Translation office nearby’, the name of QTS will be right at the top because we are a trusted name when it comes to certified legal translation services. Our team of experts are native French speakers and hence, know every dialect of the language. That is why they can easily understand the finer points and legal nuances of every document as per the requirements of the targeted audience to come up with on-point translation every time.
What we translate :
Our legal experts and linguists provide top-notch translation services across a broad spectrum of requirements that include All you have to do is type ‘Translation company near me’ and search for us to get the best-price quote right away and we can begin work on your translation requirements immediately. Our clients often tell us that we are the best translation center nearby because we can clearly communicate the message in any language that they want their documents translated into. We translate documents from French to English, French to Arabic, Arabic to French as well as English to French. Since our translators are highly educated French men and women, they completely understand the cultural and ethnic implications of the language and all its dialects, helping us top the search for ‘Certified legal translation services near me’.
Come to QTS for the best work :
The first reason is, we are absolutely professional in our approach. There is no difference for us between a ‘big’ or a ‘small’ client. Work is work, and be it a huge corporate account or an individual’s documentation needs, we pay equal attention to detail and ensure we give accurate translation as per the client’s needs in the shortest possible time. We begin by speaking to our customers to know the intent and need for translation, and the context in which they want the document translated – this helps us to increase our efficiency, and deliver error-free translation the very first time to avoid the need for any revision. The translated document is then subjected to the most stringent quality checks to ensure accuracy. Our team of senior editors, all of them backed by years of experience and proficiency in multiple languages, proofread and cross check every word to ensure that what’s translated is contextually correct. Our company, which is the topmost when anyone searches for ‘Certified legal translation services near me’ is known for its team of professional translators well-versed with various French dialects. This is what helps them understand the context of the document to be translated for optimised efficiency.
Professional translation is our forte :
At QTS, the team is quite passionate about their work. They are always keen to learn new things and keep updating themselves with the changing laws and amendments so that they can increase the accuracy of the translated documents. French language is poised to be a major global language by 2050. Our team’s quest for growth and development keeps them abreast of international developments in all the fields, and ensures they’re the best in the industry. The moment you type ‘Legal translation near me’ and come to us, we begin to help you with choosing the most suitable professional project handler to work with you. In a nutshell, we use words that never lose their meaning to translation, and this is the reason why we are the best translation company nearby.

Why Choose us for French Translation in Dubai

We Do Documents, Certificates Translation in 150+ Languages

Drop us your requirement and one of our expert will connect with you shortly!