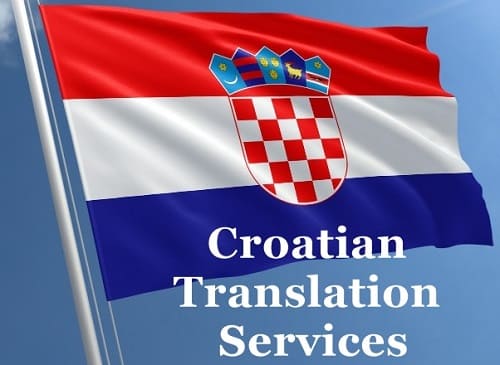 Croatian language is a difficult one to master – though primarily spoken in Croatia, the prominence of the place and its tourism potential has had many global conglomerates do business there. Croatian is a South Slavic language spoken by inhabitants of Bosnia and Herzegovina and many of the neighbouring countries. Thanks to some major Hollywood movies being shot there, and discovery of fossils, etc, Croatia is on the world map, making Croatian, the language that can be written only in the Latin orthography, a major requirement for business in that part of the world. This is where QTS steps in with Croatian translation services in Dubai and JLT.
Our Croatian translation works are professional :
The Croatian language has a very rich history, and thus is full of regional cultural references – add to this the fact that the legalese in this part of the world is also a little deviant from most Common Laws, and you will realise the importance of having only natives of the region translate all important documents.And this is exactly what we have – a vast network of Croatians spread across the world, who are competent and well-versed with various industry developments and requirements. That is why each time someone searches for ‘translation services near me’ our name comes at the top. Our translators and interpreters are professional and treat each client with respect and due discretion.
We provide top-quality translation service in Dubai and JLT :
QTS is known for its certified legal translation service in Dubai. And one of the most in-demand, searched for (translation services near me) is Croatian translation services. Whether the clients require Croatian to English, Croatian to Arabic, Arabic to Croatian or English to Croatian translation services, they come to us, because a search for ‘translation services near me’ brings up our name at the top. Our expert team of translators are accurate, reliable and very quick with the translation work. We do not compromise on quality and adhere to the strictest benchmarks when it comes to delivering quality work.
We are accurate and deliver on time :
QTS is one of the most reliable ‘certified legal translation nearby’ if you are looking for online language translation services in and around Dubai. Our team of linguists follow strict quality checks to ensure the client is only handed over the most accurate translated version of the original document, which increases the chances of the document being accepted in many legal and corporate systems at the first go, without the need for any revisions. Our translators are also experts in various legal and corporate matters and can handle even the most complicated translation requirement with ease. When someone comes to us by looking up ‘Certified legal translation near me’, the translated work undergoes a series of fact-checking and proofreading by our senior team members. We have over 50,000 very satisfied clients who will bear testimony to our quality work, which makes one of the best ‘translation services near me’.

QTS has a global network of translators :
Our global reach and service to a worldwide customer base includes businesses from the sectors of

Why Choose us for Croatian Legal Translation in Dubai

We Do Documents, Certificates Translation in 150+ Languages

Drop us your requirement and one of our expert will connect with you shortly!